The World Forum on Cultural Diplomacy in Northern Ireland »

The World Forum on Cultural Diplomacy in the UN 2023 »

Berlin Wall 33 - In the Wake of the Russian-Ukraine Conflict

Berlin Wall 33 - In the Wake of the Russian-Ukraine Conflict

"Using Cultural Diplomacy as a Tool to Build Sustainable Peace" 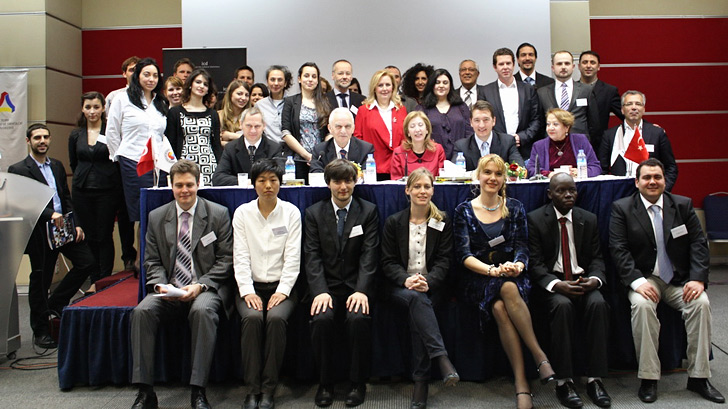 The Ankara Conference on Peacebuilding and Conflict Resolution

"Using Cultural Diplomacy as a Tool to Build Sustainable Peace"

The ICD would like to extend its sincere gratitude to all those in the organisation of the conference and to the entire Cultural Diplomacy in Africa & Mediterranean team including; Dragos Prodan, Pauline Soudier, Rudolf Sulik, Shizuka Arai, Ksenija Kovacic, Madalina Puiu and Julia Richter.

Special thanks go to team leaders; Youssef Benbakka and Myriam Zekagh for all of their hard work, inspiration and dedication to the success of the conference.

Finally, the ICD and all of the organisers would like to thank the participants and speakers, whose enthusiasm and participation were a vital contribution to the phenomenal success of this exciting and vibrant international event that was thoroughly enjoyed by all involved.

The Ankara Conference on Peacebuilding and Conflict Resolution explored how Cultural Diplomacy could be used as a tool for peacebuilding and for solving conflicts. The conference agenda focused on analysing current conflicts and what role cultural diplomacy has played in the past and could play in the future in terms of building peace.
The program examined how culture can have a crucial role in the field of conflict resolution and how intercultural dialogue and cooperation through cultural relations can help in terms of building sustainable peace.

The Ankara Conference on Peacebuilding and Conflict Resolution 2012 was the brainchild of Cultural Diplomacy in Africa & Mediterranean, a program of the Institute for Cultural Diplomacy. CDAM aims at sharing the ICD"s philosophy that diplomacy must transcend mere discussion and include practical implementation of theory. Sometimes actions speak louder than words: cultural diplomacy must show rather than tell. For this conference, the ICD had the pleasure of benefiting from the support of the Hon. Yasar Yakis (Former Foreign Minister of Turkey) and from".the ARI Movement, a Turkish think tank.

The program consisted of lectures, seminars, debates and panel discussions featuring leading figures from international politics, diplomacy, academia, civil society. It provided everyone with an extraordinary opportunity for networking both during the conference and in the group dinners and social activities.

The following report is a summary of the Ankara Conference on Peacebuilding and Conflict Resolution.  It provides key themes, information on speakers including lecture topics and keynote interviews.

A number of academic papers were delivered from participants as part of the Ankara Conference. Papers on a variety of subjects related to Peacebuilding and Conflict Resolution were presented by the following people: Summaries of these papers are now exhibited on the website of the Institute for Cultural Diplomacy, and are available through the following link: http://www.culturaldiplomacy.org/culturaldiplomacynews/index.php"en_participants-papers