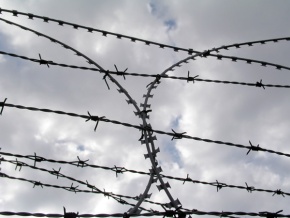 After the Germans were defeated in World War I, Adolf Hitler, a soldier who had fought in World War I, accused the Jewish people of being the reason for Germany losing the war. When Hitler seized power in 1933, he looked to unite Germany and eradicate any opposed to the NSDAP (National Socialist German Workers' Party). Hitler looked to cleanse Germany of Jewish people, as well as communists, homosexuals, disabled, oppositionists, Roma/Sintis, Armenians, and Muslims. These classes of people were starved, killed, tortured, or placed into forced labour camps. The estimates of the death toll vary from 11 million to 17 million, and historians suggest that two thirds of the European Jewish population were killed during the holocaust.